What does love look like in this moment?
458
post-template-default,single,single-post,postid-458,single-format-standard,stockholm-core-2.2.5,select-child-theme-ver-1.1,select-theme-ver-8.4,ajax_fade,page_not_loaded,,qode_menu_,wpb-js-composer js-comp-ver-6.6.0,vc_responsive 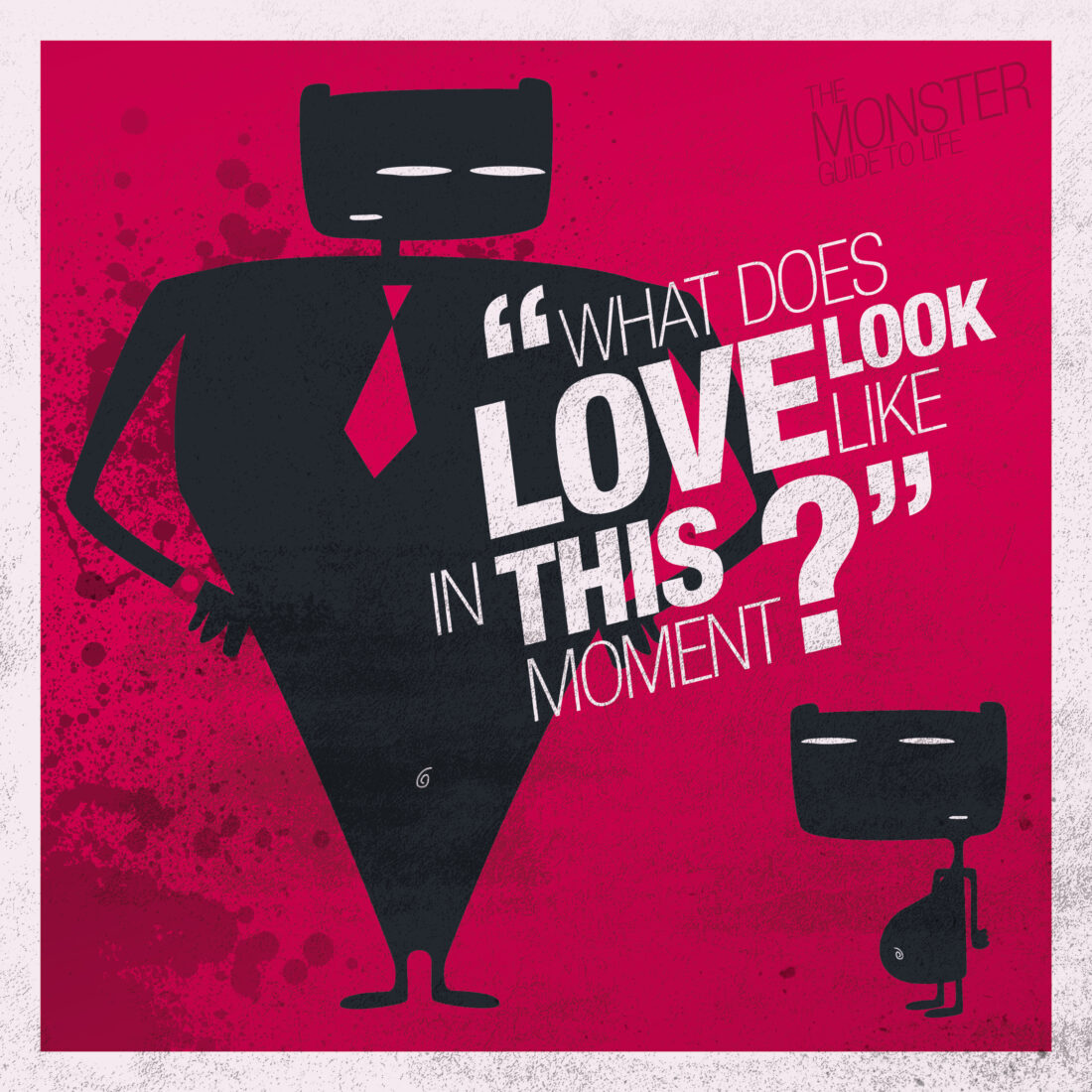 A very wise human recently said to me – “Whenever I’m unsure, I always return to a question – ‘What does love look like in this moment?’”.

Whilst I could relate to this, I know full well it hasn’t always been the case putting it into practice. Living by that sentiment. As much as I fall on my values, one of which is love, I can’t with any credibility or sound character confess to being strong enough to do this in any given situation. We do our best right, but sometimes, some people, ggrrr.

How profound though right?! How utterly beautiful a thing it is. It summarises everything that we should all be aiming for I reckon, not just the ability to choose love in any given situation, but the foresight, the inner strength and self-awareness to even contemplate trying. To have the calmness, the ability to pause and ask ourselves that question. Even in the most challenging situations when we need it most. For the benefit of ourselves, and those around us.

I’ve been up and down trying to wrap my head around where I’m at with it. When I have and haven’t chosen that path. Is it something I do enough? What about the times I don’t? Can I do better (of course I can)? Is it really humanly possible to be that tuned in, that switched on? That good all the time? Can we really be that conscious and loving, even in the most challenging of situations we face that push our buttons and limits?

Not likely. Seems like a hard, unrealistic ask to me, I’ve always been of the theory that I treat others the way I want to be treated, show them respect, if they do otherwise, they’re generally dead to me. Ha. Not literally of course. But that is pretty cut and dry and not allowing much room for being human. Which is a key part of compassion, something that’s needed even more so in the modern world we live in.

It occurred to me that that’s precisely why it’s worth adopting, now more so than ever perhaps. There’s a misconception that this could mean being too soft, a pushover. Which wouldn’t do us any good. But the reality is it’s the opposite. It’s supreme strength. And absolutely a character trait I believe I should at least attempt to add to my life.

So how do you possibly go about it, make it a part of your day to day? ‘This is who I am now’. Well, I think the trick is actually in the self-awareness to do so. The effort to try. We’ll only be able to physically form something as part of our subconscious living by giving it a whirl right? That means choice. A deliberate attempt to be that person. Make it a part of our identity. To know calm well enough we remember to pause and ask ourselves that question.

It’s a real life version of Jim Carrey’s ‘Yes man’. But instead of blindly saying yes to everything and finding ourselves in a lottery of comical mishaps, we’d be choosing to take care of ourselves whilst leaving the world in a better place, simply by choosing a reaction, a response, a thought, a way of seeing the world and moving forward within it with love at the heart of our choices. For self and for those around us.

It’s gotta be a good thing right? Even if it isn’t reciprocated. Because it’s not about them, it’s about us. How can we show love, know what is and behave in a way, that’s best for ourselves as well as others in any given moment. Especially the tough ones.

So, that’s the pearl of wisdom for the year, they don’t come around that profound very often so don’t get used to it.